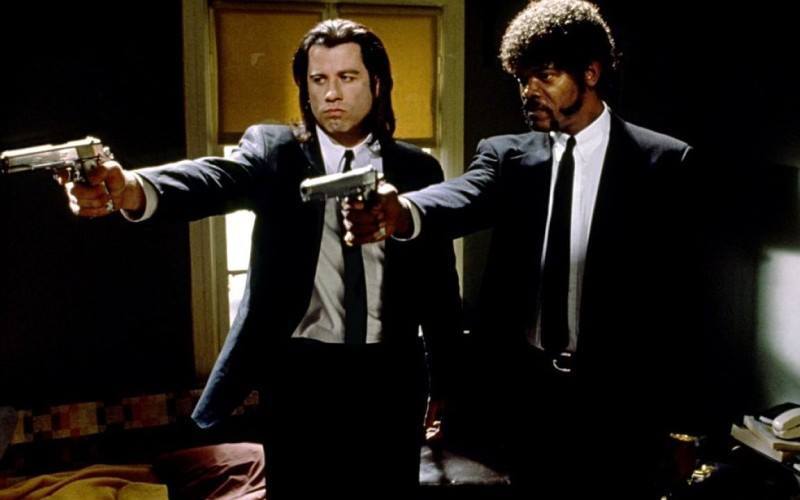 The movie is too violent. One of the most famous reasons for criticizing a movie.

But is society really getting affected by the increasing amount of violence in films, or is it that people are changing and becoming more desensitized towards violence, so the regular amount just doesn't satisfy us anymore?

Violence in films has been an issue for a very long time now, films like Bonnie & Clyde or A Clockwork Orange have been criticized, even banned because the level of violence within the films was considered shocking.

A film like Stanley Kubrick's A Clockwork Orange, for example, the violence in it is not graphic. It certainly doesn't compare to more modern films like Scarface or Pulp Fiction in terms of blood and gore. It's the way that the violence is presented within the context of the film.

What makes a movie more violent than another? Most '80s slasher movies have a notorious amount of blood and gore, but when asked which movie is more violent, Pulp Fiction, or A Nightmare on Elm Street, Pulp may be the obvious answer, despite Nightmare featuring a scene of an excessive amount of blood gushing out of a bed.

The violence in the so-called slasher movies has become a gimmick. People in the audience cheer for the killer to finish the victim in an over-the-top manner because that is basically what the movie consists of. The violence becomes so excessive that it no longer shocks the viewer, since it becomes cartoonish and hard to take seriously.

But in a film like Martin Scorsese's Casino violence is presented in a brutal manner with little stylization. Given the context of the film, the violence automatically becomes more real, in-your-face and not something cartoonish and over-the-top. The audience is still watching a bloody scene just like in a slasher movie, but this violence is shocking and disturbing.

The way violence in movies affects the audience also depends on how the violent scenes are being handled. If the violence is directed from the dramatic point of view, it will cause a different impression than if it's being directed by a comedic point of view.

For example, the beginning of Steven Spielberg's Saving Private Ryan is a collage of different and disturbing violent images that will surely cause the audience to gasp and have some of those images stuck in their heads.

On the other hand, filmmakers like Quentin Tarantino, the Coen Brothers, or Guy Ritchie can approach violence in a much more comedic way.

Look at the ear scene in Reservoir Dogs, a violent scene that is quickly added humor with one line said by a character; or the woodchipper scene in Fargo, what could have been a highly disturbing moment because of the amount of blood, becomes hilarious after one visual moment when we see that the foot being fed to the woodchipper still has a sock on.

There is a line from the movie Scream "Movies don't create psychos. Movies only make psychos more creative." Some people will always be more affected by movie violence than others. It's true that we, as an audience, are becoming more used to watching violence in movies and television, but that's all it is, a movie.